Is social media important for businesses?

So, is social media important for businesses? We're asked this an awful lot. Many people don’t get why social media is so essential to business. This is understandable because it’s still a relatively new format, having only been around for a decade and popular with brands for less than that. Many businesses ignore social media because they think it’s reserved for personal opinions, pictures of your dinner and incomprehensible declarations of love for One Direction. Believe us, it’s used for so much more than that.

If you have a quick search on any social media platform, especially Facebook and Twitter, you’ll find that practically every company and organisation you can think of is on there. From multinationals to start-up boutiques, solicitors to coffee shops, the NHS to local authorities, big brands to independent labels, on-going campaigns to flash-in-the-pan publicity stunts; they all have a social presence. The reason for this is very simple: it’s where your audience lives.

Let’s take a typical IT company as an example. They have a marketing officer, Jeff, who runs the social media. On a daily basis, good old Jeff posts to the channels and looks to see what else is going on, such as industry developments and local news. In the process, he comes across a few accounts that he decides to follow through the business, plus a couple of others that he follows through his personal accounts. Meanwhile, Sally the CEO has no time for social media at work but likes to check up on what Jeff is posting every now and then. She likes what he’s doing and sees that he’s been sharing content from local businesses as a means of interacting with them. There’s one particular post that he’s retweeted that really gets her attention for personal reasons – it could be anything, such as a gift idea for a friend, a restaurant she wants to visit or an exciting fitness campaign. At the end of the day, Jeff and Sally return to their respective homes and the world keeps on turning.

That may sound like an unremarkable story, which is precisely why it’s so powerful. Just between Jeff, Sally and the IT company, a few accounts have been followed on social media, leading to their messages having a wider reach and impact. Unlike a flyer, brochure, billboard or piece of press coverage, these accounts have long-term access to an additional two individuals and one company, which will spread to second level followers in the event of a retweet. This is how social media works on a day-to-day basis, only on a much larger scale. It provides a drip-feed effect based on brand development, employee advocacy and public interaction, and it works.

As Internet users, we digest messages through social media much more naturally than we do via other methods, and we’re far more willing to take subtle advertising on board when we’re being reached at a time that’s convenient. Simultaneously, brands can deliver their marketing in a nonintrusive yet highly effective way, building an archive of useful content, eye-catching promotions and public conversations. Just as importantly, social media is enjoyable and often has a positive and therapeutic effect on people, helping them to relax, escape, be inspired or have a chuckle whenever they wish, adding even further to its reception.

As we said before, social media is where your audience lives whilst at work, at home and even on the move. Use it to show that you’re a thought leader to drive web traffic, engage with your target market and increase brand awareness. Who knows, you may even have fun and learn a thing or two whilst you’re at it. 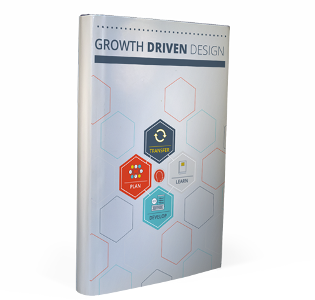 Posted by Paul Richardson, Dec 17, 2015
Out of countless forms of business promotion, social media has become an absolute essential. Whilst you’ll have many people ...

55% of B2B buyers search for information on social media